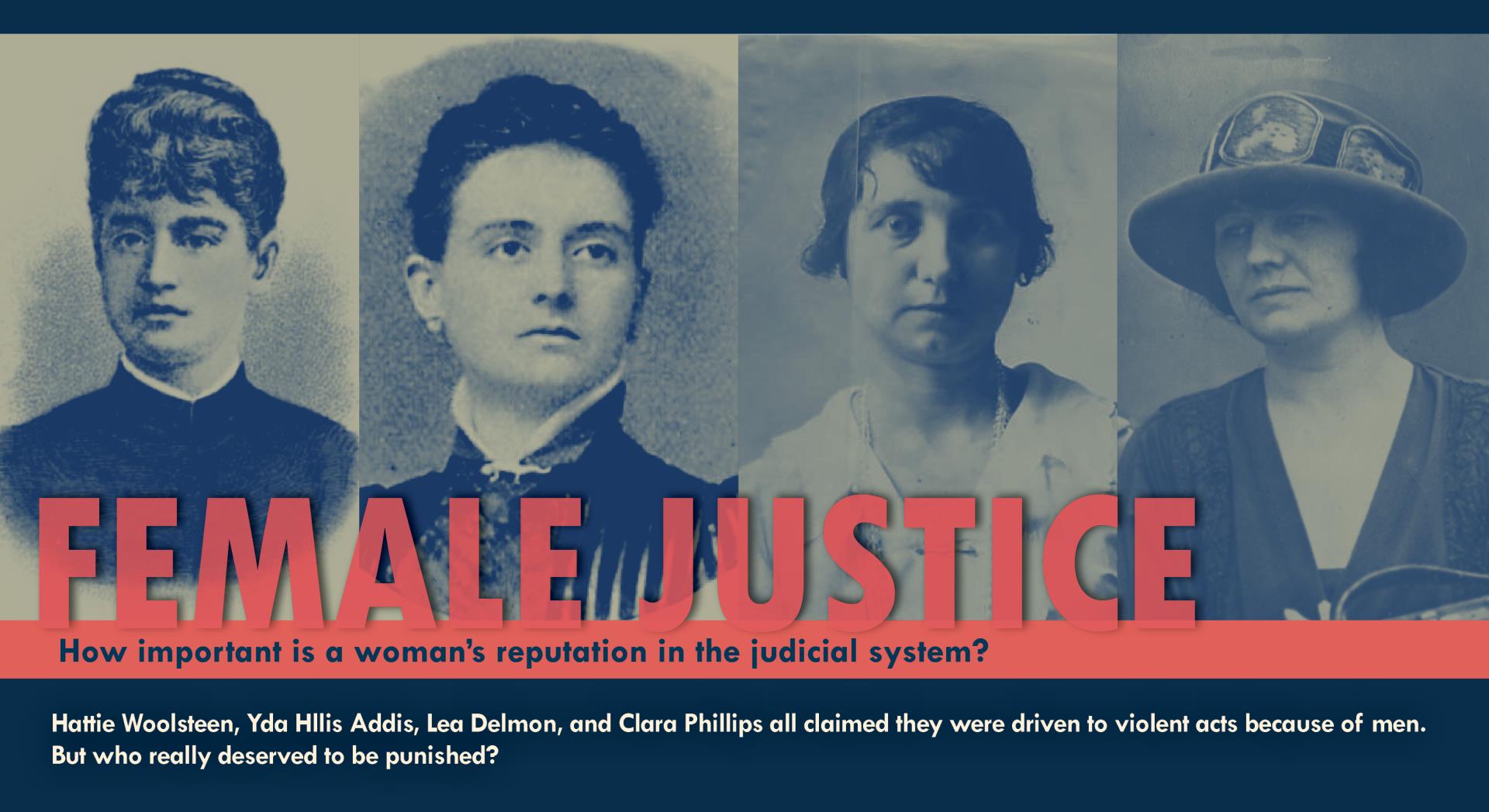 • Free; reservations are recommended. Click HERE to reserve your spot.

In October 1887, the body of a local dentist was discovered in a burned out barn in Compton. Police suspected 21-year-old Hattie Woolsteen, rumored to have been having an affair with the married dentist, was the culprit. The press dubbed her "wicked Woolsteen" and "she-devil," but a number of influential women rallied around her cause, helping to present her as the victim. How did the 19th-century views of womanhood affect the outcome of this case? And do these views still influence women's trials today? Come hear the story and decide for yourself.

This program is not appropriate for children under 14.

In the first half of the 20th century, dancing was central to almost any occasion when men and women came together. Restaurants and night clubs featured dance floors and live bands; big cities like Los Angeles were home to multiple mega-ballrooms with rooms for thousands; and in taxi dance halls, lonely men paid women for anonymous foxtrots.

Join Walter Nelson as he describes this era and its popular dances using contemporary writings, images, and film clips. The presentation will be followed by an optional 45-minute Jazz age foxtrot introductory class. 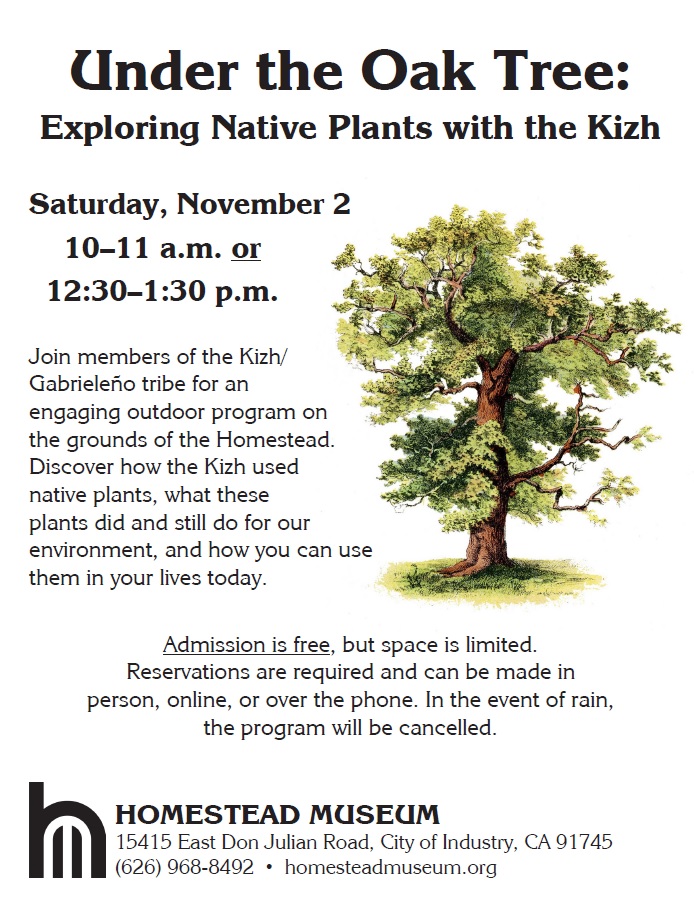 Under the Oak Tree: Exploring Native Plants with the Kizh

• Free; reservations are recommended. Reservations for this event have now ended.

Join members of the Kizh/Gabrieleño tribe to learn how the Kizh used native plants, the benefits of native plants on the environment, and how you can use them around your home today.

Alexander Pantages was a 54-year old theater chain mogul with a colorful past and Eunice Pringle was a 17-year old aspiring dancer from Garden Grove. An encounter in a small closet led to a lurid sexual assault trial that pitted the pretty Pringle against the powerful and unsympathetic Pantages.

It was said that Madalynne Obenchain could twist any man around her finger…all except for J. Belton Kennedy. After several years of Kennedy failing to follow through with wedding plans, he was suddenly murdered. Obenchain and a former boyfriend were arrested and after five separate trials, both were set free. Did they get away with murder?

In 1894, Lillian Ashley filed a civil suit against the oft-married, and more often sued, Elias “Lucky” Baldwin for seduction. Love letters were exposed, an assassination attempt was made, and the family woes were turned into a travelling stage show. Was it all part of a plan to extort money from Baldwin? Or did Ashley have nowhere else to turn?

Listen to guest speakers from the Homestead Museum and the Theodore Payne Foundation. Participate in family-friendly activities and take a tour of the Homestead. Lastenia Abarta was barely out of her teens when she fell in love with Francisco “Chico” Forster, a prominent playboy who promised marriage. When he betrayed his pledge, Abarta shot and killed Forster on a busy street in broad daylight. Would a defense built on temporary insanity due to PMS keep a jury from finding Abarta guilty?

Through the Viewfinder: Frame by Frame-Photos Documenting the Transformation of Greater Los Angeles, 1870-1930

• Free; advance registration is recommended. This program has now ended.

The Homestead's director, Paul Spitzzeri, will share images from the museum's collection of 9,000 photographs and discuss why we collect them, how we use them, and the stories they tell. Under the Oak Tree: Exploring Native Plants with the Kizh

Join members of the Kizh/Gabrieleño tribe to learn how the Kizh used native plants, the benefits of native plants on the environment, and how you can use them around your home today.

Like the town's lawyers, judges in Los Angeles spanned the spectrum of modern standards of professionalism, from Benjamin Hayes' sincere and solemn stances to William G. Dryden's often outlandish outbursts.

Through the Viewfinder: A Visit to the Film Studios

• Free; advance registration is recommended. This program has now ended.

Christina Rice, Senior Librarian of the Los Angeles Public Library Photo Collection and the author of Ann Dvorak: Hollywood's Forgotten Rebel, takes us back to the early days of film making in Los Angeles as seen in the library's collection of over three million images!

Southern chivalry was expressed in the extreme when the King family employed personal justice in gun battles in El Monte and Los Angeles, a decade apart, against fellow Southerners Micajah Johnson and Robert Carlisle.