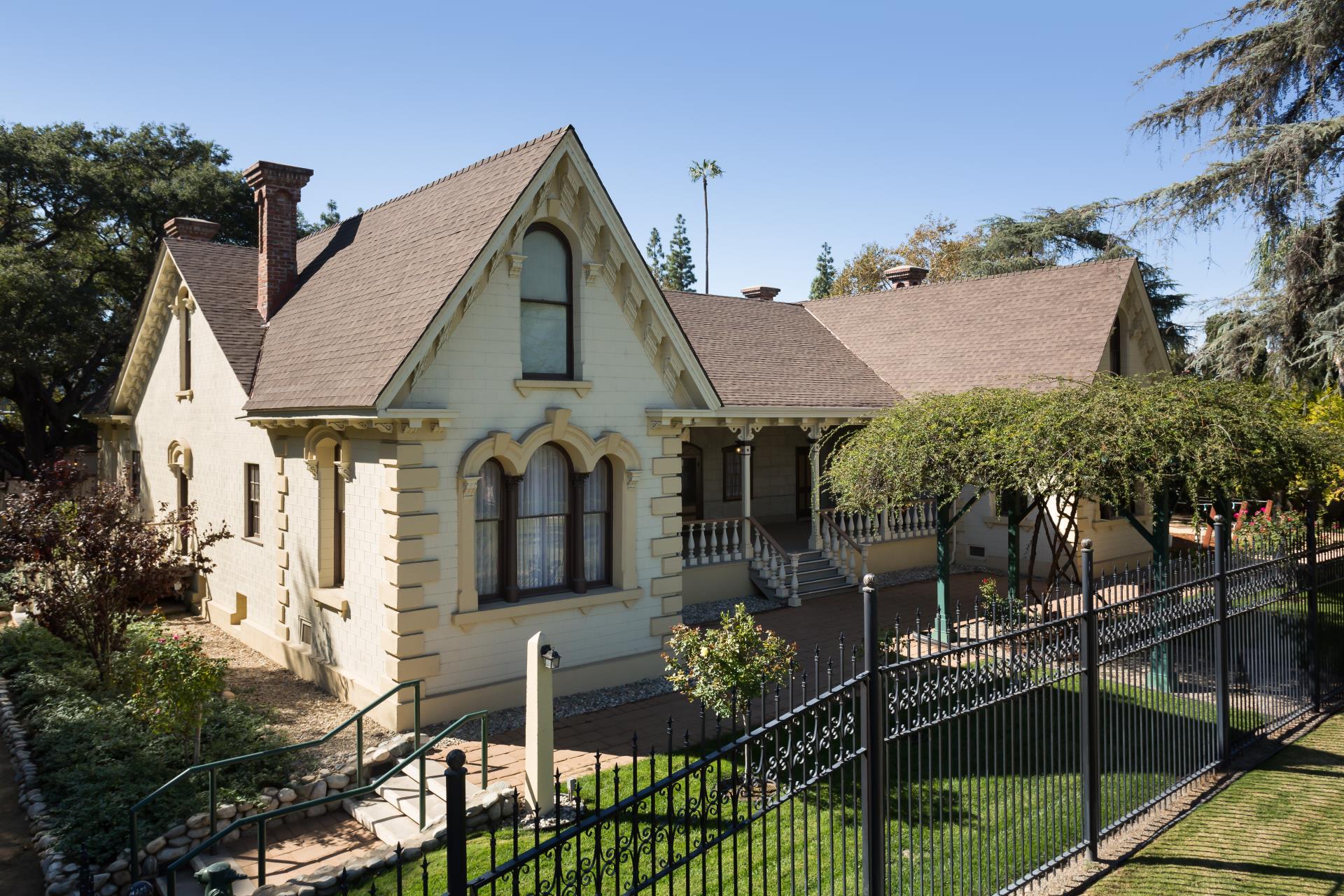 The Workman House survives as a unique testament to the changing architectural styles and domestic tastes of the nineteenth century.

It originally stood as a simple three-room adobe, built shortly after the Workman family's arrival in November 1841. With the success of their cattle ranch, they continued to remodel the house by adding rooms. By the 1870s, new wealth from vineyards and wheat farming allowed them to completely transform the Mexican-era adobe into a modern American house, building a second floor and adding a variety of decorative details.

Believed to have been designed by early Los Angeles architect Ezra Kysor, the picturesque country home reflects the architectural tastes that were popular in mid-nineteenth century America. What makes the house so unique is that the original three rooms of the adobe house are still part of the structure. Sadly, the Workmans lost their share of the ranch around the turn of the century.

Today the exterior of the Workman House is restored to its 1870s appearance, while the interior features exhibit space and one period room.

The Workman House is listed on the National Register of Historic Places and is a California State Historic Landmark.