Anti-suffrage supporters believed that women had their own sphere of influence in the home. They said family should be a woman's focus, not politics.

“Woman is woman. She cannot change her sphere or unsex herself. Let her be content with her lot and perform those duties intended of her and she will accomplish far more in governmental affairs, than she could ever accomplish by mixing up in the dirty pool of politics. Keep the home pure and all will be well with the republic…Let the manly men and the womanly woman defeat this amendment and keep woman where she belongs in order that she may retain the respect of all mankind.”

Why were people opposed to providing women with voting rights? 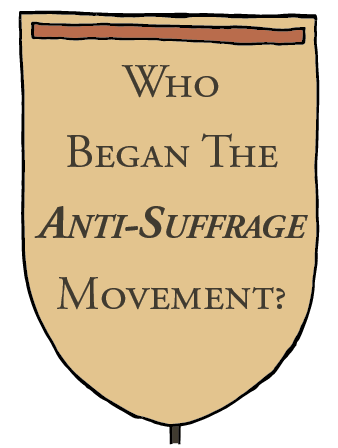 Who Began the Anti-Suffrage Movement?

Small anti-suffrage groups began to organize as early as the 1860s. However, a national organization didn’t form until 1911, and it was established by a woman, Josephine Dodge, who had led a successful movement to create day care centers to help working mothers, and founded the National Association Opposed to Woman Suffrage (NAOWS). Using the same tactics as pro-suffrage groups, the NAOWS created publications, lobbied Congress, organized events, and ran state campaigns to prevent the passage of the federal amendment. 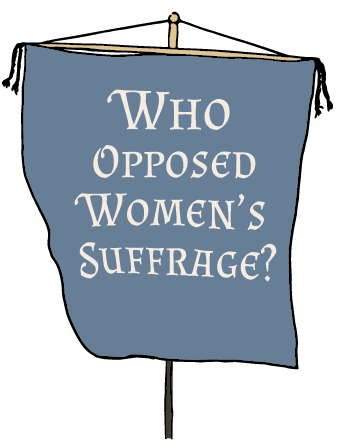 Surprisingly, a number of women! White women who held higher levels of economic and social privilege were more inclined to be against it. Some saw suffrage as a threat to their power and influence. They believed that a woman’s role was to be, “wives, mothers, educators, and philanthropists—not women who competed against men for jobs or preferred political intrigue to domestic duties.” 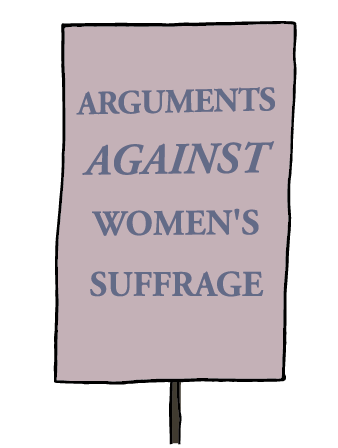 The reasons offered by the National Association Opposed to Woman Suffrage were varied. Common arguments included:

“Women's suffrage would masculinize women and feminize men, leading to a collapse of male dominance, causing the deterioration of the nation.”

“In some States more voting women then voting men will place the Government under petticoat rule.”

“80% of the women eligible to vote are married and can only double or annul their husbands’ votes.”

“A woman who takes proper care of her household, has no time to know anything about politics.”

Not everyone in the Los Angeles area was supportive of women gaining the right to vote. On September 6, 1911, the Committee of Fifty was established, comprised of the “conservative and influential business and professional men of Los Angeles,” it was an active all-male organization that opposed the extension of voting rights to women in the state. One of it’s more well-known leaders was George S. Patton, one-time mayor of San Marino and father of the World War II general of the same name.